This post is part of a move to rid my personal life as much as possible of all things Wordpress.

I will no doubt end up helping people periodically in my day to day wrestle with the 7 headed hydra that is Wordpress, because well, 60% of the web uses it.

It's not going anywhere.

For my personal websites and blogs at least.

I simply don't want to mess with it in my free time if I don't have to. Those who know that feels understand where I'm coming from.

It's not that I'm saying it's a horrible experience, it's just not all that great either. Projects like Roots have made developing in Wordpress more bearable, but its all too often overkill for my needs.

This is not to say that Wordpress did not serve me well for many years, but it has become an unruly maze of 3rd party code (and all the costly subscriptions that come with it) over the years.

To quantify clearly my reasons for this move, there are a few reasons (or three).

Why would I when Ghost handles most of what I need?

After venturing into other headless CMS platforms like Strapi, GatsbyJS, etc... it became painfully obvious those solutions traded one set of headaches for another.

Content as an API is something I have thought about before it was a thing, but spending more time in the command line than actually writing sort of defeats the purpose.

Then I came across Ghost, and the rest is history. It had the right balance of features, ease of use and a level of customization that hit the sweet spot I was looking for.

Ghost is far from a complete CMS, but the thing is - it's not trying to be. It serves a very specific niche in the market. People just like me who were tired of the aforementioned scenarios and wanted something simpler and more elegant.

Ghost is built for those persnickety types who want to use a modern headless CMS with the ability to scale up to something more robust, but without carrying all the bloat and scaffolding that comes with traditional, legacy CMS platforms.

You can pretty much build it into a full featured CMS or app if you really wanted to though - and much easier / faster than you probably could trying to work within Wordpress in many cases (from a programming perspective).

If you are not comfortable in the command line terminal, Ghost is definitely not for you. It also isn't terribly difficult if you do have at least some foundational web skills.

Pros and Cons of Wordpress vs Ghost

There have been countless posts comparing Wordpress vs Ghost, and I am not here to do that. I just wanted to share my thinking and what made me switch in the event in might help someone else who was looking for alternatives.

If I don't have to use Wordpress, I won't - but that doesn't necessarily mean you shouldn't either. The contributions Wordpress has made to the open web are significant, and it will remain one of the top open source Content Management Systems for a long time to come, no doubt.

The six main benefits that made me switch from Wordpress to Ghost were:

There are some cons too (although some see them as pros):

So there it is.

As with all technology decisions you just want to use the right tool for the job and what suits your needs best. 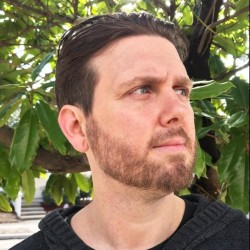